History of Dogs - From Fearsome Wolves To Our Most Beloved Companions

Humans have domesticated dogs for centuries, and the process of doing so has changed over time. Initially, dogs were likely domesticated for their hunting abilities, as they could help humans track down prey. Over time, however, dogs began to be bred and used for other purposes, such as guarding property or providing warmth.

But from an evolutionary perspective, it is a fact that the ancestors of dogs are wolves.

So how did the fearsome wolves become the most beloved companion?

You have to understand our evolutionary history first, you know that in today’s time we live in a pretty safe environment as compared to the past, on the other hand, centuries ago our ancestors used to live in jungles, in small tribes and our population was also just a little.

Living in a jungle without any protection of concrete provides us now, we were very vulnerable, we were not on the top of the food chain, and we were hunted and eaten by many wild animals.

We were being hunted for such a long time that some predators evolved a special set of teeth to pull out our skull with the spines, which must be a great source of nutrition for the predators.

Living with this fear of being eaten alive by wild animals and sleeping with this vulnerability of getting attacked while in sleep was daunting.

We were and we are weak physiologically from most predator animals, it was a question of surviving or getting exterminated.

We needed a solution, we needed help to save the human species.

And then, there comes the WOLVES. (Goosebumpsssss 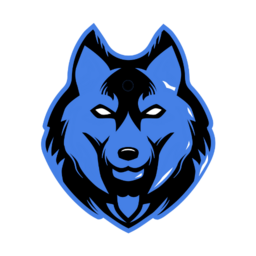 When we used to live in tribes and hunt for food, we used to throw the food scraps, some of the wolves who were docile started to take benefit of that and started live just outside our community circle, as we used to migrate from one place to another, the docile wolves also tracked and migrated with us.

The pack of wolves started to create an outer ring and started claiming and protecting the territory.

Now we have a security system that can alert us and can fight for us.

The pack started alerting us of a predator and helped us in fighting them, Many wolves fought for us and gave life to protect us.

Wolves that were more docile and obedient around humans would have been more likely to be chosen as mates, and over time this led to the development of the modern dog.

Many people hate dogs, want to kill them, want to exterminate them, want them to relocate, and live away from them, but they really don’t understand that because of the wolves humans species survived.

Dogs should be respected, they have earned that, their ancestors died for us, and they should get all the comfort and care we can provide.

That was a great read. Thank you!